At best, the most protection a person will get from a second “booster” shot of the Wuhan coronavirus (COVID-19) is maybe a few weeks of protection, according to a new study.

A fourth injection of Pfizer’s Wuhan coronavirus (Covid-19) “vaccine” will only last, at best, for seven weeks, say Israeli researchers. Is it really worth it?

For the study, scientists looked at 1.25 million people over the age of 60 in Israel who received their fourth dose of a Pfizer Fauci Flu shot between January and March. Pfizer’s injection is the only one available in Israel.

Those who got the fourth shot tested “positive” for the Chinese Flu at half the rate as those who only got three doses. However, by the eighth week, the two groups were found to have a roughly equal risk of testing positive, rendering the fourth shot worthless.

Chances are that this has been known about for quite some time, explaining why in the United Kingdom, for instance, politicians are calling for booster shots forever.

In order to keep a “fully vaccinated” person alive, it appears as though he or she must get repeated and continual doses of the shots in order to survive for a few months at a time at each increment.

The idea of a fourth booster shot has been hotly contested among many, who say that it is a bad idea and will not provide the type of protection claimed.

U.S. regulators went ahead with it anyway, though, for people 50 years of age and older. A second booster shot was also approved for immunocompromised people such as Joe Biden, 79, who supposedly got his second dose on March 30.

Since the research period ended before the protection supposedly did in the new study, there is no way to really tell yet what will become of the double boosted longer into the future.

“The study compared only people with the fourth dose to people with a third dose,” wrote Joseph Wilkinson for the New York Daily News.

“Previous research had suggested that the third dose provided a significant bump in infection protection over zero, one or two doses.”

According to the latest data from the U.S. Centers for Disease Control and Prevention (CDC), around 30 percent of the American population, or around 98 million people, have received a third dose of a Fauci Flu shot. A much smaller percentage has taken the fourth injection.

“For confirmed infection, a fourth dose appeared to provide only short-term protection and a modest absolute benefit,” the study authors wrote.

“Overall, these analyses provided evidence for the effectiveness of a fourth vaccine dose against severe illness caused by the omicron variant, as compared with a third dose administered more than 4 months earlier.”

In the comment section at Natural News, readers sounded off about how the booster shot scam really is just another heist by Big Pharma to rake in cash indefinitely. As an added “bonus” for the eugenicists, many of the people taking these shots will die early.

“The jabs will continue until everyone is dead,” one of them wrote, getting right to the point.

“People will die long before the 4th or 5th booster, which is the intent,” suggested another.

Someone else suggested, half-jokingly, that everyone should just have an IV fed into the arm for a continuous drip of Fauci Flu vaccine, rather than have to go to the local CVS or Walgreens every few months for another injectable “boost.”

The latest news about Fauci Flu shots can be found at ChemicalViolence.com. 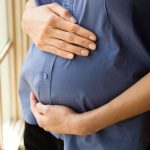 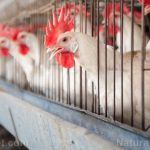 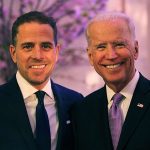 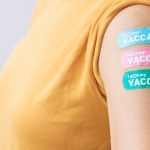