A drug that can demonstrably ameliorate suffering and shorten the duration of illness should be studied further and considered as a treatment option in hospital settings. The FDA, CDC and NIH need to get out of the way and let the scientific method bring forth the best anti-viral, immune-modulating compounds for the proper treatment and care of sick patients.

In this study, seventy-two patients were admitted to the hospital with symptoms associated with covid-19, including fever, cough and sore throat. The patients were divided into three groups. The first group received oral ivermectin only. A 12 mg dose was administered once daily for five days. There were no side effects reported. The second group received the 12 mg dose of ivermectin along with a regime of doxycycline. On day 1, doxycycline was administered at 200 mg. Another eight doses of 100 mg doxycycline were administered every twelve hours over the course of the next four days. The final group was the placebo control group.

The symptoms cleared up faster for the ivermectin group (9.7 days), compared to both the ivermectin plus doxycycline group (11.5 days) and the placebo group (12.7 days). Larger clinical trials can help confirm ivermectin as a safe intervention to speed up recovery from respiratory illnesses associated with SARS-CoV-2.

Insurance companies, pharmacies and medical systems have made it difficult for patients to access ivermectin, a cheap drug that is already approved as an anti-parasitic agent with the U.S. Food and Drug Administration (FDA). The FDA refuses to put the scientific method to work, and won’t permit ivermectin studies for covid-19. The FDA and various federal agencies suppress the many antivirals that have effectively treated respiratory illnesses for decades. Ivermectin and a host of other immune-modulating compounds are suppressed on the internet, in the media and in the scientific literature to make way for more profitable schemes.

But mounting evidence shows that ivermectin is an important early treatment option and helps sick patients recover faster. Ivermectin has already been found to inhibit SARS-CoV-2 replication in vitro. Other studies have proven the drug to be effective in human populations, without the risk of renal failure and other iatrogenic complications. Renal failure is a severe side effect associated with remdesivir, the drug that is often administered in hospitals as standard protocol for covid-19.

International attorney Todd Callender represents clients who are essentially locked up in ICUs and refused efficacious treatments such as ivermectin. Instead, the clients are forced to suffer on expensive drugs like remdesivir, which may cause renal failure and lead to early ventilator use. Federally-funded hospitals are “economically rewarded” to lock people in the hospital and administer standard protocol, which is killing the patients. Callender had to take on an Illinois hospital that refused to honor the wishes of a patient who wanted off the harmful drugs so he could take a more suitable treatment – ivermectin. The attorney’s action helped saved the man’s life.

Despite Callender’s best efforts, he’s only able to get people out of the hospital and onto a more suitable treatment plan about 50 percent of the time. He says the hospitals are trapping patients in unwanted medical care because they are federally-funded and follow federally-established protocols. “That’s the problem,” Callender said. “[I]t’s created, effectively, hospital death camps.” And people simply do not have to die on ventilators, but the system is set up this way, to deprive people of ivermectin and a host of other immune-modulating compounds. 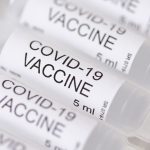 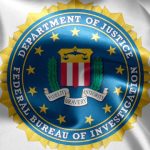 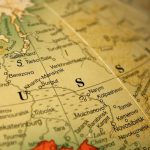 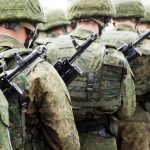 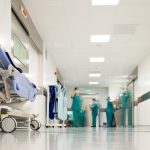